Anything but easy meat ~the Article from Euro Money

Building up local business is top priority for the Japanese in Europe, but the opportunities are limited and profits patchy says Philip Sington

For Europeans, the size of Japan’s financial institutions is alarming.  Even second tier commercial banks like Tokai or Mitui hold assets to rival Citicorp, and the major securities houses command capital resources that dwarf their European and American counterparts.  Every year a few more European institutions are squeezed out of the big-league rankings: between 1987 and 1988, for example, a total of 22 bank dropped out of the Euromoney 500 (which is based on shareholder equity).  Of these, 14 were European: nine of the banks that ousted them were Japanese.  The fear is that with all this weight behind them, the Japanese could simply overwhelm Europe’s fragmented markets, absorbing short-term losses which the local competition could never afford.  Then they could move in for the kill. European financial services might go the same way as European consumer electronics.

The fear of Japanese financial power has surfaced in the European Parliament during discussion of Article 7 of the EC’s draft second banking directive, part of which deals with the issue of reciprocity.  In principal the reciprocity clauses gave individual EC governments considerable scope in suspending or restricting the activities of, say, Japanese or American banks in their countries if they felt that their own institutions were not getting equal treatment in Japan or the US.  Some European states have been anxious to use article 7 as a lever to force open those markets to EC institutions.  The US’s Glass-Steagall and Japan’s equivalent, Article 65, are seen as particularly insurmountable barriers to Europeans, who have increasingly veered towards the universal banking model in recent years.

In the short run, however, the impact of a tough stand on reciprocity would simply be to European markets.  The fact that the hardliners have come principally from southern European countries (Spain, Italy and Greece in particular) suggests that this is the real intention, for currently these countries have relatively few financial institutions big enough or experienced enough to compete in the Japanese market, however open it becomes. The European Commission, which champions the open market philosophy, has had to fight hard to reduce the scope and availability of sanctions under Article7, and the battle is not over yet.

But how do the Japanese themselves see the European financial services market?  How big a slice are they aiming for, and how do they future, it is easy to forget that many Japanese institutions have been in Europe, and especially London, for years. Some, like the Sumitomo bank, were established before the Second world war; so they have had plenty of time to reach a view on what Europe has to offer.

At the moment, for banks at least, that view is lukewarm, for one reason; profitability.  “I must admit that as for as margins are concerned, we[in Europe] lag behind operations in the US and Asia,” says Kazuaki Ohmori, general manager of the Tokai bank’s regional headquarters, Europe.  “In Asia the spreads are wider, and in the US the volumes are bigger.”

It is the same story at most Japanese banks: the European branches log behind their counterparts in other developed regions.  The fast-growing economies of Japan’s Asian neighbours are providing many opportunities for profitable business, opportunities that look certain to improve as the local markets are opened up further to foreign banks.  Meanwhile, the US’s LBO boom provides easy access to high-performing assets.  Some Japanese banks even have a profitable foothold in the retail market there, thanks to a series of acquisitions on the West Coast.

Europe’s domestic markets are plain fare by comparison.  The most easily accessible corporations enjoy such a strong position in the debt markets that the provision of funds for them, either through commercial lending or through securities activities, yields little or no profit.

“I would say the profitability of [our operation in Europe] is about the same overall as it is in Japan, “says Hirokazu Ishikawa, managing director of Mitsui Finance International.” “Perhaps the return on assets is smaller.” As things stand, Japanese margins are some of the lowest in the world and few banks achieve a return on assets over 0.5%.

For many banks in Europe the answer to the problem of low margins has been to go further down the corporate league to the middle layer of companies, but these borrowers are considerably harder for the Japanese to service.  Europe’s many different languages, and the considerable spread of its commercial and financial centres become major impediments.

As for retail business, Europe’s markets are among the most competitive in the world, and no Japanese bank has shown any stomach for that type of fight.  In short, the Japanese see Europeans anything but easy meat.

Indeed, things have if anything, been getting tougher.  Syndicated loans, which formed the core business for most Japanese banks during the 1970s and early 1980s, are now pursued almost exclusively for “relationship reasons”, not because they are intrinsically profitable. “We don’t like to lose money at any time ,” says Ishikawa, “but we do have to consider the long-term target of developing a corporate relationship.” That may mean years of participation in underwriting groups in return for a senior management position for the bank in some future samurai issue. In such a case the money would actually be made in Japan.

One haven for Japanese banks in Europe has been their relationships with Japanese industry.  Banks, like Mitsui, Mitsubishi, or Sumitomo, which belong to zaibatsu–defined by Mitsui as “informal associations of independent companies working in mutual co-operation”-in particular have been able to rely on a steady stream of business from their old corporate associates.  However, in spite of the rising tide of Japanese direct investment in Europe, these traditional relationships have lately been providing fewer opportunities than they once would have done.  One possible explanations is that Japanese corporations are becoming more independent in their choice of banks, and are less inclined to give business to their old banking allies automatically.  This is a trend that has been predicted for some time, but there is as yet little tangible evidence of it.

More likely, Japanese banks are placing fewer loans with Japanese companies because fewer are needed.  “Japanese companies used to be our best clients,” says Yoji Okabe, senior managing director of Sumitomo Bank in London.  “But these days they are too cash-rich.  Perhaps 10% of our business is now done with them…Toyota, for example, will mostly finance themselves in the UK, although they might issue some equity warrant bonds as well.  Thanks to Article 65, however, the latter is of no great benefit to Japanese banks.  This prohibits them from acting as book-runner for Japanese corporations, or distributing corporate securities to retail investors in Japan.

（A Supplement to EUROMONEY September 1989）

Anything but easy meat ~the Article from Euro Money 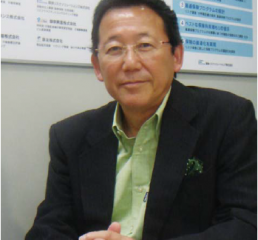